All about the Rhi­ne­land blood sausage 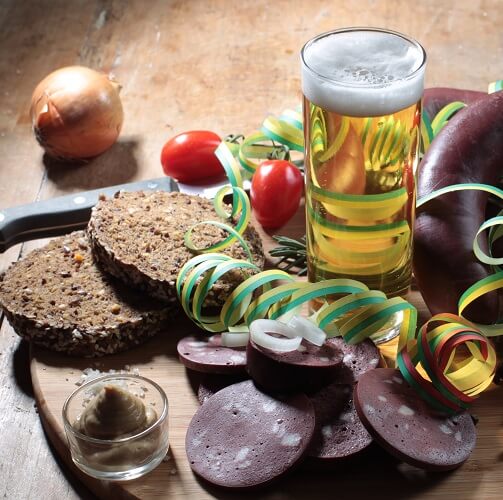 The Flönz has long since ceased to be regar­ded by us as a “poor people’s meal” and the main part of the recipe “heaven and earth” (“Himmel un Ääd”). As an inter­me­di­a­ry bet­ween pota­toes and apples, it has, for a long time had a firm place not only in Rhi­ne­land cuisine. 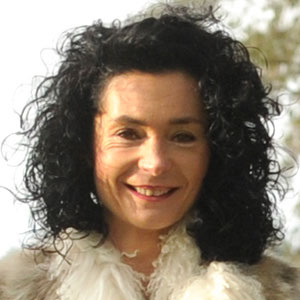 Becau­se we love the long tra­di­ti­on of the Flönz as much as we love our own, we have deci­ded to carry our Flönz out into the world in a very spe­cial way. Ori­gi­nal­ly, the Flönz-Butler was crea­ted as a means of trans­port for taste, tra­di­ti­on and cus­toms which have now come alive. Our silent ser­vant is on the road at nume­rous events in and around Colo­gne pre­sen­ting Rhe­nish taste. Here the mischie­vous grin­ning butler serves pure local patrio­tism to savour, touch and taste. 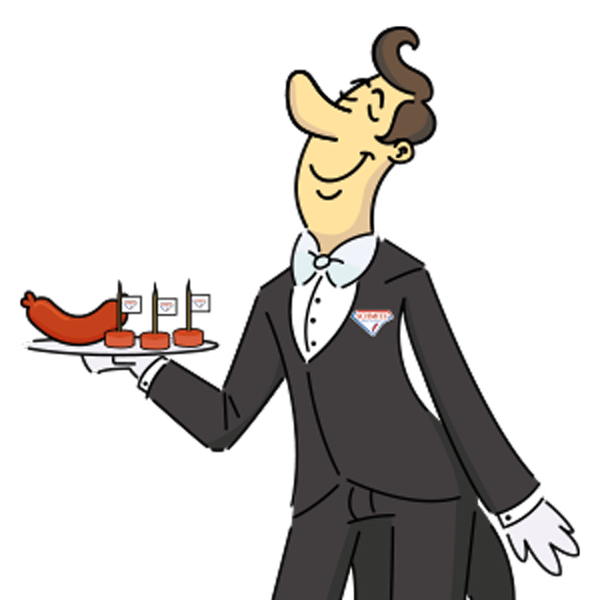 Even though the Flönz is eaten all year round in the Rhi­ne­land, it plays an important role in trade, crafts and gas­tro­no­my during the “fifth season”. Tra­di­tio­nal and regio­nal pro­ducts — espe­cial­ly those that keep “body and soul” tog­e­ther — simply belong to the Rhe­nish carnival.

Find out more or adjust your settings.

This website uses cookies so that we can provide you with the best user experience possible. Cookie information is stored in your browser and performs functions such as recognising you when you return to our website and helping our team to understand which sections of the website you find most interesting and useful.

Strictly Necessary Cookie should be enabled at all times so that we can save your preferences for cookie settings.

If you disable this cookie, we will not be able to save your preferences. This means that every time you visit this website you will need to enable or disable cookies again.

This website uses Google Analytics to collect anonymous information such as the number of visitors to the site, and the most popular pages.

Please enable Strictly Necessary Cookies first so that we can save your preferences!